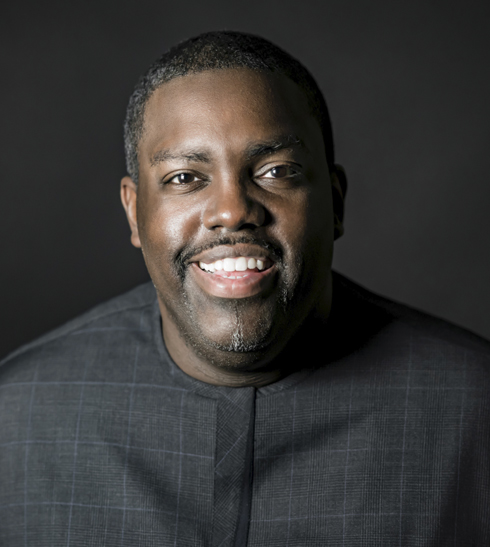 For 20 years, GRAMMY®-nominated, GMA Dove Award®-winning and Stellar Award-winning worship leader and pastor William McDowell has been writing songs crying out for God to bring revival. His latest release, The Cry, is not a collection of songs crying out for God to come, but songs written as a response to a God who already has. “Every project that I’ve done up until this point was looking forward to an outpouring.

This project was a result of the outpouring,” says McDowell. Twenty years ago, after reading Tommy Tenney’s The God Chasers, McDowell began praying for revival to break out in his community. He continued to pray that prayer after feeling led to move to Orlando and a few years later after planting Deeper Fellowship Church.

The congregation has grown from a group of 15 to more than 1,000 in just five years. People line up outside the church to attend Sunday services. The Cry, set to release in September 2019 with Integrity Music, is a powerful collection that puts to melody what God has been doing in this place and with these people. Recorded live on May 10th at Redemption to the Nations Church in Chattanooga, Tenn., the album includes some of the biggest voices in Christian music today, including Yolanda Adams, Tasha Cobbs Leonard, Travis Greene, Aaron Lindsey, Nathaniel Bassey and David & Nicole Binion.

More than a night of worship though, McDowell says the event was an invitation to others to experience what his church has for the past three years: the tangible presence of God. “The truth of the matter is, as far as our services are concerned, if you came there for more than a week, while you might see some [miracles and healings] going on, that wouldn’t be your testimony,” explains McDowell.“ God would be your testimony. His presence has made a habitation there.”

McDowell says his goal with The Cry was to write songs that captured the sound of this revival, of God’s presence, of what he says is “a moment that has no words.” “This is the longest break that I’ve had between recordings in my recording life,” says McDowell, who recorded his last album, Sounds of Revival, in 2015. He says the question he asked while writing the album was, “How do we wrap our arms around [what’s happening] in a way that other people can be on board and in the experience when they sing it and when they hear it?”

Using his sermons from the last three years as inspiration, the first song that surfaced was the title track “The Cry.” McDowell says the driving refrain of the song that declares, We won’t stop until we see it, is also the driving refrain of their church. That line represents the persistent cry of McDowell and those at Deeper Fellowship, who persistently asked God for His presence and believed in His power.

As McDowell explains, “Until we see the thing that we’re believing God for, until we see the thing we’re praying for, we won’t stop until we see it.” If “The Cry” is Deeper Fellowship’s refrain, says McDowell, the song “Stay” is their posture. A deeply personal song for this pastor and worship leader, “Stay” was inspired by a story in the Gospel of Luke where two of Jesus’ disciples are walking with him after the resurrection. They begged Jesus to stay in their presence.

The song beautifully depicts what McDowell has experienced with his own congregation: I know what it’s like to be in the presence of the Lord and not know what time it is because time stood still / Bodies were healed and families were restored / Because we stayed here in the presence of the Lord. “The Cry” is their refrain, “Stay” is their posture, and the track “Still Moving,” says McDowell, is their testimony. Because The Cry is not a story of what the Lord has done, but what the Lord is still doing. During the live recording, McDowell says “Still Moving” was one of the most powerful moments of the night, which features the incomparable Yolanda Adams.

In between singing, He’s still moving / He’s still proving just how great He is, members of Deeper Fellowship came on stage to share their testimony of healing—a woman who was paralyzed and now walks, another woman who contracted a life-threatening amoeba was miraculously and immediately healed. These are just two of the hundreds of stories like these coming out of that community.

No one wanted to leave the church that night in Chattanooga, McDowell recalls, so it was appropriate that they ended with “I Don’t Wanna Leave,” which features multi Grammy Award-winning Aaron Lindsey. McDowell led the crowd in a chorus that echoes what Deeper Fellowship has been experiencing the last three years: Found a place of peace / Found a place of grace /Wrapped in your embrace / And I don’t wanna leave. What was meant to be a simple song, turned into 25 minutes of spontaneous worship.

Listeners will hear the mesmerizing collaboration, “Nothing Like your Presence,” that features Nathaniel Bassey and Travis Greene. This song also evolved into 20 plus minutes of spontaneous worship that night. Familiar voices from McDowell’s previous releases again featured on this project include Daniel Johnson and Deeper Fellowship worship leader Trinity Anderson, who’s featured on three of the songs.

Tasha Cobbs Leonard also makes an unforgettable appearance with “Even Now.” While McDowell has been friends with Leonard for years, this was their first time collaborating on a project. McDowell’s collaborations are not strategic, he explains. First, he writes the song, and then if a friend’s voice comes to mind, he reaches out to them. “Relationships are one of the currencies of the Kingdom,” he says. “I do everything by relationship. It’s not transactional…It’s a bunch of friends getting together to worship.”

Another collaborative first on this album is with Integrity Music, who McDowell says has been a natural fit as far as label partnerships go. “Integrity, for years, has had their roots in resourcing the church with the language of revival and the language of worship,” he says. “We really wanted to partner with them to continue to resource the church with songs and declarations that can bring the church into the kind of experiences that we’ve been having.”

Soon listeners everywhere will be able to experience what McDowell and his congregation have, and McDowell says he hopes they will experience what the song “Deep Places” expresses: “I wrote this song out of an understanding that there’s more to what God wants to do than what we even ask for. I pray that what the project does is it awakens a cry, it awakens a desire in people that they didn’t even know they had.”

Although McDowell has been releasing albums since 2009 and leading worship for more than a decade before that, The Cry articulates the presence of God unlike any project McDowell has released before. It will lead worshipers—communal and individual alike—into new territory, one newly charted by this Orlando congregation, where they will be able to hear and experience in a way they didn’t know they had the desire to. “To me, this is not only our best-ever captured recording, but it’s also by far the most special and the most deeply personal,” says McDowell. “It’s the answer to a twenty-year cry.”