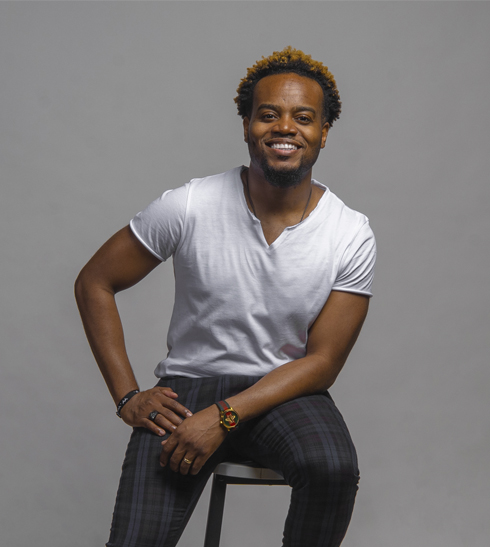 Celebrated and notably recognized for his quintessential influence both in the gospel music realm and ministry, Travis Greene continues to reach new heights, beyond those that led him to being an inspirational trailblazer in his own right.

Throughout his incredible, well-earned musical journey, he has been nominated for 13 Stellar Awards, 3 Dove Awards, Billboard Music Awards and a Soul Train Award. In 2016, Billboard named him “Gospel Airplay Artist of the Year.” As of 2020, Travis has also broken the record for debuting at #1 in the Gospel genre of Apple music.

Through his world tours, Travis has also proudly brought his cultural boundary crossing music to many African countries, including Nigeria and Ghana; the Caribbean islands of Trinidad and Tobago, and Jamaica; Dubai; and other regions. Greene also headlined The Experience, the world’s largest gospel concert in Lagos, Nigeria for 2 years in a row, which was attended by more than 700k attendees – the largest attended concert in the continent.

Greene’s unparalleled trajectory has been documented everywhere from Billboard, Rolling Stone, TMZ and the New York Times, Rolling Out, JET, Ebony, ESSENCE, and Vibe. His recent interview by Ebro Darden exclusively for Apple Music/Beats 1 Radio in December 2019 – has placed him as the only other artist in his genre, aside from Kirk Franklin, to be featured on the show.

With a celebrated roster of albums ranked on Billboard’s Top Gospel Album Charts, his newest work, Broken Record is just as triumphant. A distinction from all his other albums is significantly heard throughout the album, indicating what Greene noted as “zero pressure” to live up to expectations while recording. The two time Grammy nominee has recently earned his 4th #1 spot on Billboard for his newest single off of Broken Record – Won’t Let Go.

With over 1.2 million followers on Instagram alone (@travisgreenetv), Travis actively elevates this social reach, with his popular, weekly Instagram Live show: The Greene Room – opening the doors of honest, inspirational yet unapologetic dialogues to the world, while interviewing some of the biggest names in music including notable pastors, athletes, colleagues and more. With his masterful marriage of music and ministry, Travis and his wife, Dr. Jackie Greene, also launched Forward City Church in Columbia, South Carolina in 2016.

Today, as a musician, minister of an ever-expanding church, as well as a dedicated husband and father of 3 young boys – Travis continues to humbly prove there are no limits to what he can accomplish when sharing God’s love with the world.