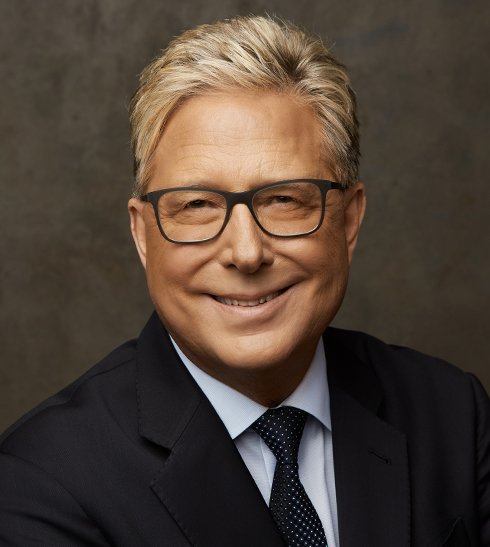 If you ask Don Moen why God put him on this planet, he’ll tell you, “To be an architect who designs products and events that help people experience God’s presence in a new and fresh way.” And in more than three decades of ministry, he’s had lots of opportunity to fulfil that purpose.

Don grew up in Minnesota before moving to Tulsa, Oklahoma, to attend Oral Roberts University. There, his musical gifts caught the eye of Terry Law, who asked Don to join his worship team, Living Sound, which ministered in communist countries throughout Eastern Europe and the former Soviet Union.

Don eventually joined the staff of Integrity, and served as President of Integrity Music and executive vice president/creative director for Integrity Media. In these roles, he spoke into the production of hundreds of products including all of the CDs and worship resources produced by Integrity Label Group. As an artist in his own right, Don has sold over five million units.

In addition to his writing and recording, Don makes time to tour domestically and abroad and is as popular overseas as he is at home in the U.S. His travels for concerts and seminars have taken him to Ghana, South Africa, Singapore, the Philippines, South Korea, Brazil, Canada, Australia, Great Britain, Hong Kong, Malaysia, Indonesia, Japan, Guatemala, Honduras, and elsewhere.

Today, Don is President of Don Moen Productions in Nashville, Tennessee, where he resides with his wife Laura and five children.