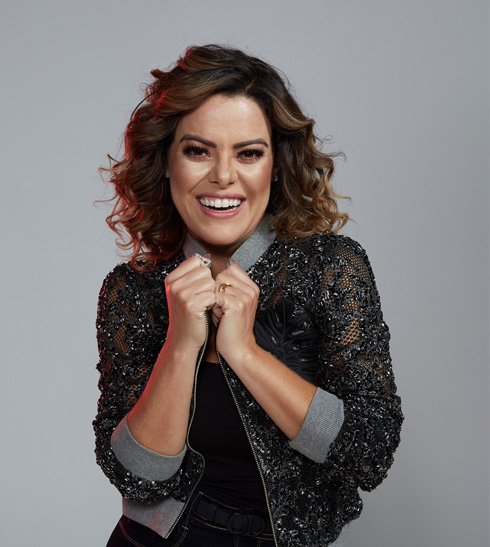 Ana Paula is married to Gustavo Bessa and is the mother of Isaque and Benjamim. Her family is her most special ministry. Her home church is Lagoinha Baptist Church in Belo Horizonte, Brazil – a 100 thousand people ministry that has impacted the nation under her father’s leadership. Ana and Gustavo were ordained as pastors in the year 2000 and have served in many areas, but their main passion is Worship and Missions. Ana is the founder of CTMDT, a Worship and Missions School in Brazil where about 300 students used to attend for 2 years and serve in the Mission field for another 10 months. For 13 years Gustavo and Ana have fully supported around 50 long term Brazilian missionaries and were the main supporters for their church’s Ashasthan Project in India – restoration of girls taken out of prostitution. Ana also founded The Arts Factory – a school for kids and people of all ages on every art expression for the advancing of the Kingdom.

Ana produces DVDs singing Bible stories for children. She also has a powerful women’s ministry with tens of thousands of women being reached through her conferences every year. Her ministry is most known for the prophetic worship and intercession gatherings.

Over two million people gathered for a night of prayer and worship in Sao Paulo. Since 1998 over 15 million people attended to these gatherings where DVDs and CDs were recorded with songs and prayers that cried out for God to heal people’s lives and also to heal their land. Ana is a preacher, a book author and songwriter and she ministers not only in Brazil, but in many nations around the world. She is fluent in Portuguese, Spanish and English and has recorded also in Turkish, Polish and Albanian. Ana Paula’s latest release is the album Outra Vez – Do It Again – recorded in 2019, in Belo Horizonte, Brazil.

Ana Paula has received over 25 awards as the leader of Diante do Trono – Before the Throne Worship Ministry. In 2004 they were nominated in 8 categories for Troféu Talento (a Brazilian Award similar to the Dove Awards) and they won in 7. She was also nominated in the 38th GMA Dove Awards for the album Sol da Justiça – Sun of Righteousness.

In 2012, Ana Paula was considered one of the 100 greatest Brazilians of all times by Brazilian Television Network SBT in partnership with the BBC, where the public voted on names of people who could be considered the great icons for the nation. Ana Paula occupied the 97th position and participated in the TV show singing on national television. She has appeared in many Christian and secular TV shows in her country and overseas as well.

Ana Paula Valadão is also influential in Social Media, currently her numbers are around: